Inspired by this baby costume from Old Navy, I decided to figure out how to DIY one and post the project details for you to try at home. The two key ingredients: felt and fleece!

I found this costume in Old Navy in New York City four years before I was even pregnant. It was just soooooo cute, I HAD to buy it! I crossed my fingers that my guess on the sizing would work, and then I put it in a box in the basement. Fast-forward to my daughter’s first Halloween, and I was beyond thrilled to finally pull it out! 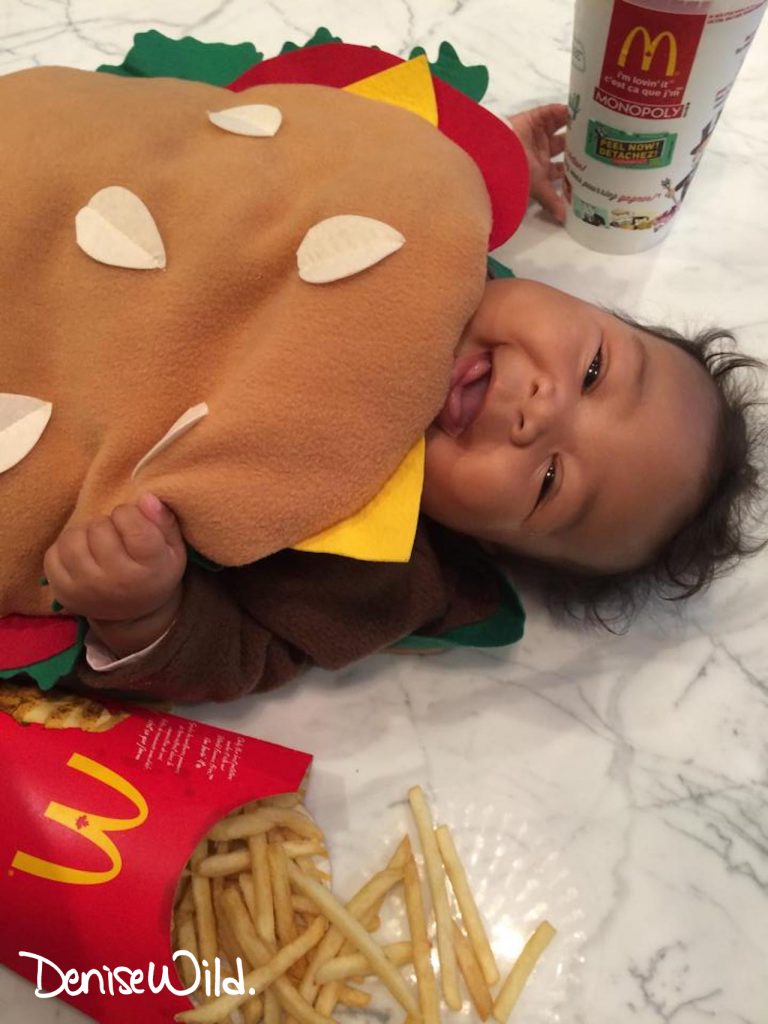 Although this baby hamburger costume is store-bought, it would be so easy to make. The key? Felt and fleece! Both felt and fleece are great to work with because they doesn’t fray. So you just cut out your shapes and go! And if you don’t want to bust out the sewing machine, felt and fleece are both easy to hand-sew or even hot-glue together. 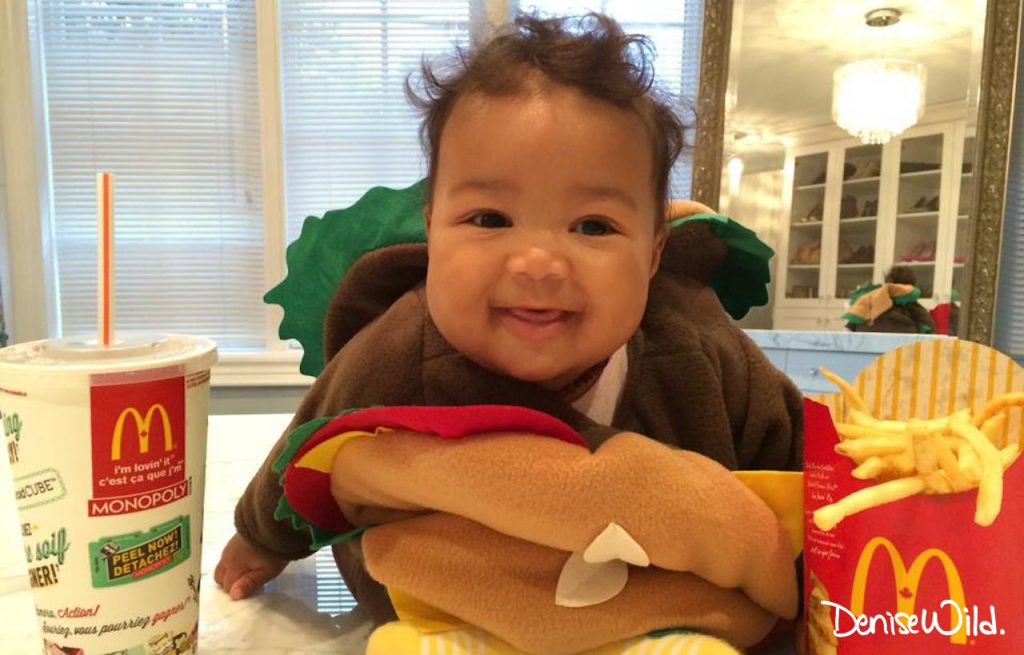 Because my daughter was only 4 months old at the time and (obviously) not walking, I didn’t think about footwear, hence the yellow socks. So I’m going to add to the list above: Brown booties or brown socks. 🙂

To make this costume, cut out your shapes and then sew or glue them together in layers. If you want, double-up the light brown (bun) felt, and stuff it to give the costume some dimension. The rest of the hamburger layers —yellow (cheese), red (tomatoes), and green (lettuce)— can be just single layers of felt. See? Super easy! 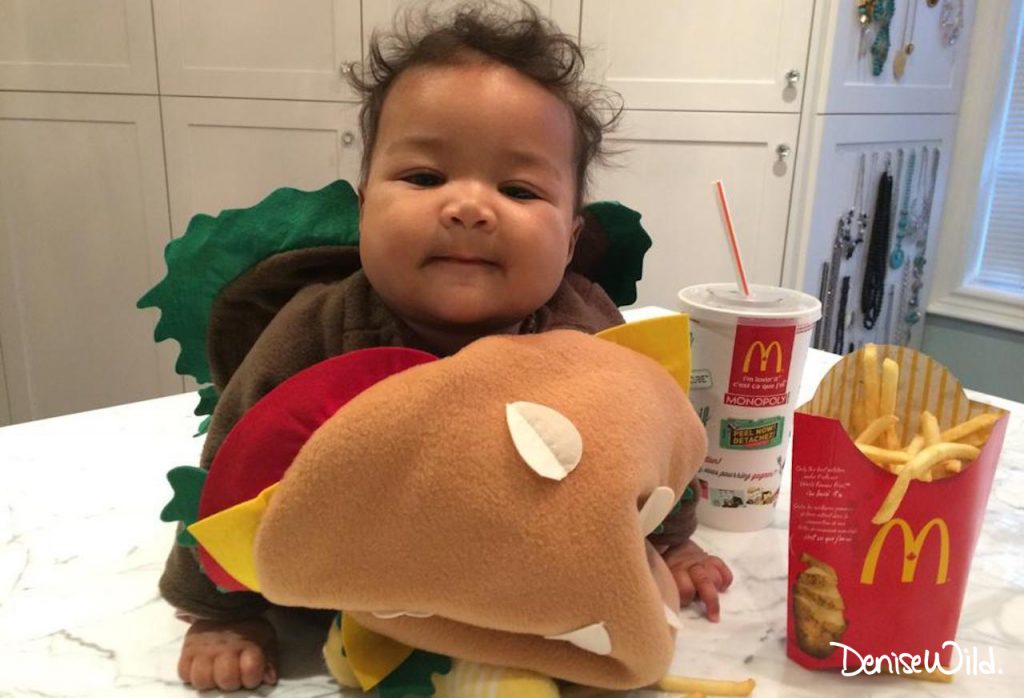 The burger from my baby Halloween costume was attached to a fleece sweater that opened down the back with velcro, but instead of DIY-ing the base garments as well, I would recommend buying them and attaching the burger to a store-bought shirt and a pair of pants. Much easier! 😉

If you make your own version of this costume, please tag me! I’d love to see what you create!

What To Look For When Buying A Sewing Machine (Video)